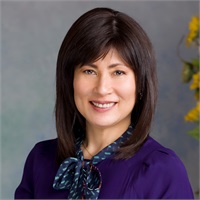 Junko Horvath is a CEO of Fujiyama Wealth Management in Atlanta, Georgia. She is a CERTIFIED FINANCIAL PLANNER ™ and Certified Financial Transitionist® (CeFT®). With over 20 years of experience, she helps clients through Life Transitions, which are monumental events in one's life that may require a financial expert - such as suddenly becoming single by the death of spouse, transitioning through a divorce, receiving an inheritance, moving from the work force into retirement, selling a business, or winning the lottery. She is a seventh-time recipient of the Five Start Professional Award which is given to the top 3% of financial advisors in Atlanta.  In 2014 and 2015, she received the Women’s Choice Award by the WIFE organization as one of the Top 100 Financial Advisors in the U.S.  She has been featured in Forbes, WSJ, USA Today, Atlanta Magazine, Atlanta Jewish Times, and Business RadioX.

Junko grew up in a traditional Japanese family where her father was a rainmaker and her mother was a homemaker.  Her father managed the entire household's financials and her mother didn’t know anything about money except the allowance she received from husband monthly.  Her mother’s lack of financial independence made Junko determined to be a completely independent woman.  After Junko moved to the US, she realized that many American women, those who are older, tend to give financial responsibilities to their spouses.  She decided to become a wealth manager in order to help women become aware of the importance of financial independence and to gain the confidence in doing so.

She is a proud member of Balser Giving Circle to help unprivileged children and young adults.  She has also raised money for a local school by conducting charity concerts by singing and introducing Japanese music and dance to the community. She served on many boards in the past including, Midtown Rotary Club, Grady Health System’s Visiting Board, Torah Day School of Atlanta, Congregation Ariel, and Jewish Fertility Foundation. She lives in Dunwoody with her husband, Stephen and her mother whom she brought over from Japan six years ago with her father who rests in peace in heaven.  She has two married daughters, Yael and Adina & their families in Philadelphia, PA and Silver Spring, MD.